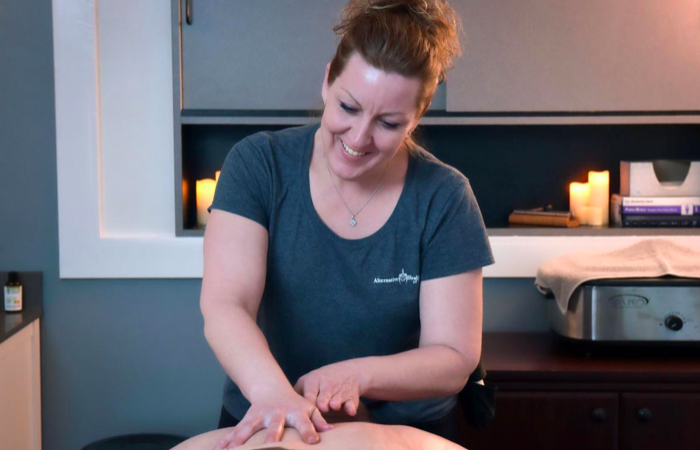 Julio Perrone turned to CBD oil several years ago to improve his focus, relax his edginess and improve sleep.

Brittany Ditzler credits a CBD tincture with relieving some of her anxiety and depression symptoms.

Those three letters — which stand for cannabidiol — are quickly becoming big business. The United States market for CBD, a compound derived from hemp, grew by more than 80 percent last year, and industry analysts say it could hit $22 billion by 2022.

But what can it really do? What are the legalities surrounding CBD use?

And, if you’re itching to try CBD products, what can you expect?

CBD stands for cannabidiol, a compound found in the cannabis plant. Both hemp and marijuana are a species of cannabis plant, but that’s where much of the similarity ends.

In Pennsylvania, CBD products bought over the counter that don’t require a prescription must be derived from hemp plants. They also must contain 0.3 percent or less of THC, the cannabis compound that, at much higher levels, gives marijuana users that “pot high.”

That means, advocates say, that you’re going to get relief from symptoms with zero psychoactive effects.

Interest in CBD has been increasing over the past year or so, says Jill Good-Miller of Rhubarb’s Market in Lancaster, and the availability of products containing CBD “has come on very swiftly” in the past few months.

The 2014 Farm Bill, under President Barack Obama, allowed research institutions and state departments of agriculture to issue research permits for growing hemp, within limits. The 2018 Farm Bill removed hemp — and products such as the CBD oil which can be derived from hemp — from the Controlled Substance Act list of illegal drugs.

What, exactly, is CBD?

The acronym stands for cannabidiol, a compound — or cannabinoid — found in cannibis plants. Both hemp and marijuana are are species of cannabis found in the Cannabis sativa family.

But hemp and marijuana are not the same thing. They have differing levels of chemical compounds, for one thing. There are more than 100 known cannabinoids in cannibis plants. Two of the most commonly known are THC, the compound that gives marijuana users the telltale “high,” and CBD.

Hemp contains a low level of THC — less than .3 percent — a level that’s set by federal and state law. Marijuana’s THC levels are much higher.

Hemp does, however, contain higher levels of CBD, found mostly in the plant’s flower. And that’s the compound that CBD oil advocates tout as being helpful for conditions ranging from anxiety and depression to chronic pain.
— Sources: Verdant Health, Lancaster; MedicalNewsToday.com; BusinessInsider.com.

“Some researchers have been holding off” on hemp studies, Good-Miller theorizes, because of uncertainties about whether restrictions would be reinstated. Now, she expects more work to be done on investigating CBD as well as other cannabis compounds.

Rhubarb’s, which carries natural and organic groceries and supplements, has been inundated by offers from companies selling CBD products, Good-Miller says. It’s also been inundated with customer requests: In 2018, products containing CBD were, by far, the store’s best-selling items.

There are tinctures and oils and vapes and capsules. There are lotions, teas and gummie candies.

In Willow Street, at Alternative Healing of PA, there are CBD-oil massages.

“There’s such a benefit to internal use of tinctures,” owner Amy Reed says, “and that led me to microstudies of the oils.”

Reed says her service of CBD-oil massages pulls in clients from other counties who swear it helps relieve pain associated with conditions such as scar tissue, Lyme disease, rheumatoid arthritis and multiple injuries.

Part of their impetus for opening was a business opportunity — Beezer has been watching stocks for Canadian cannabis companies soar after that country legalized both recreational and medical marijuana in October.

And part of the impetus for opening, Harnish says, has been first-hand experience.

As someone who has had self-described “debilitating depression” in the past, Harnish says CBD has allowed her to function without concerns about getting high or breaking the law.

“I’ve been able to cut my prescribed medicine in half,” Harnish says.

Both she and Beezer are careful to note they’re not doctors, but are speaking from personal experience. Still, Harnish says, there is research showing different forms of CBD are helpful for different conditions.

And they wanted to have a business that sells the hemp compound that would be a comfortable place for anyone to shop. “We wanted to know how we could bridge the gap for people who are so uncomfortable to even talk about what hemp is,” Beezer says.

Choosing a source of over-the-counter CBD oil, Dr. Jennie-Corinne Baublitz-Brenenborg says, should be done with some caution.

Both she and Beezer are careful to note they’re not doctors, but are speaking from personal experience. Still, Harnish says, there is research showing different forms of CBD are helpful for different conditions.

And they wanted to have a business that sells the hemp compound that would be a comfortable place for anyone to shop. “We wanted to know how we could bridge the gap for people who are so uncomfortable to even talk about what hemp is,” Beezer says.

Choosing a source of over-the-counter CBD oil, Dr. Jennie-Corinne Baublitz-Brenenborg says, should be done with some caution.

“It would be no different than if I was going to choose to do true cannabis oil,” says Baublitz-Brenenborg, of Verdant Health in Lancaster. She, along with colleague Dr. Livia Baublitz, is state-approved to certify medical marijuana patients.

CBD oil, however, requires none of that.

“You want your (CBD) product to be laboratory-tested,” Baublitz-Brenenborg says. “You want to have the cannabinoid profile completely listed based on laboratory results.”

Baublitz notes potential customers also should check testing to make sure the hemp plants were not grown with pesticides, and to check what kind of extraction method is used.

Ethanol or carbon dioxide extraction are more expensive, she says, but preferable over brands that may use a substance like butane that can be more harmful.

“At the end of the day,” Baublitz cautions, “know what you’re taking.”

She and Baublitz-Brenenborg also recommend checking in with your regular physician. CBD may have some interactions with medications you already take, increasing or reducing their effects.

Ditzler, who has found some lightening of her anxiety and depression symptoms with CBD, first decided to try it because she was uninsured and had no access to prescription medication.

She currently uses a combination of CBD and essential oils to combat the feelings, and uses topical CBD creams for joint and muscle pain and inflammation.

“It’s pretty much instant relief for me as opposed to taking ibuprofen,” says Ditzler, 32, of Mount Joy.

Perrone, of Neffsville, also finds CBD products helpful with any pain or inflammation that results from his daily workouts at the gym.

“Plus, I was an edgy person, and I would drink to take off the edge, or smoke cigarettes. They went hand in hand for me.

“CBD helped me with those urges,” the 40-year-old says. “It’s an organic feeling, your natural self. That’s the nice part of it.”

Do you have any cannabis-related questions? If so, please leave a comment below.

WARNINGS/CAUTIONS: These statements have not been evaluated by the Food and Drug Administration (FDA). Hempfield Botanicals products are not intended to diagnose, treat, cure or prevent any disease. Use only as directed. Keep out of reach of children. As with any health product, consult your physician before use if you are pregnant, nursing, have or suspect a medical condition or are taking any medications.

Categories: About Us, In The Media